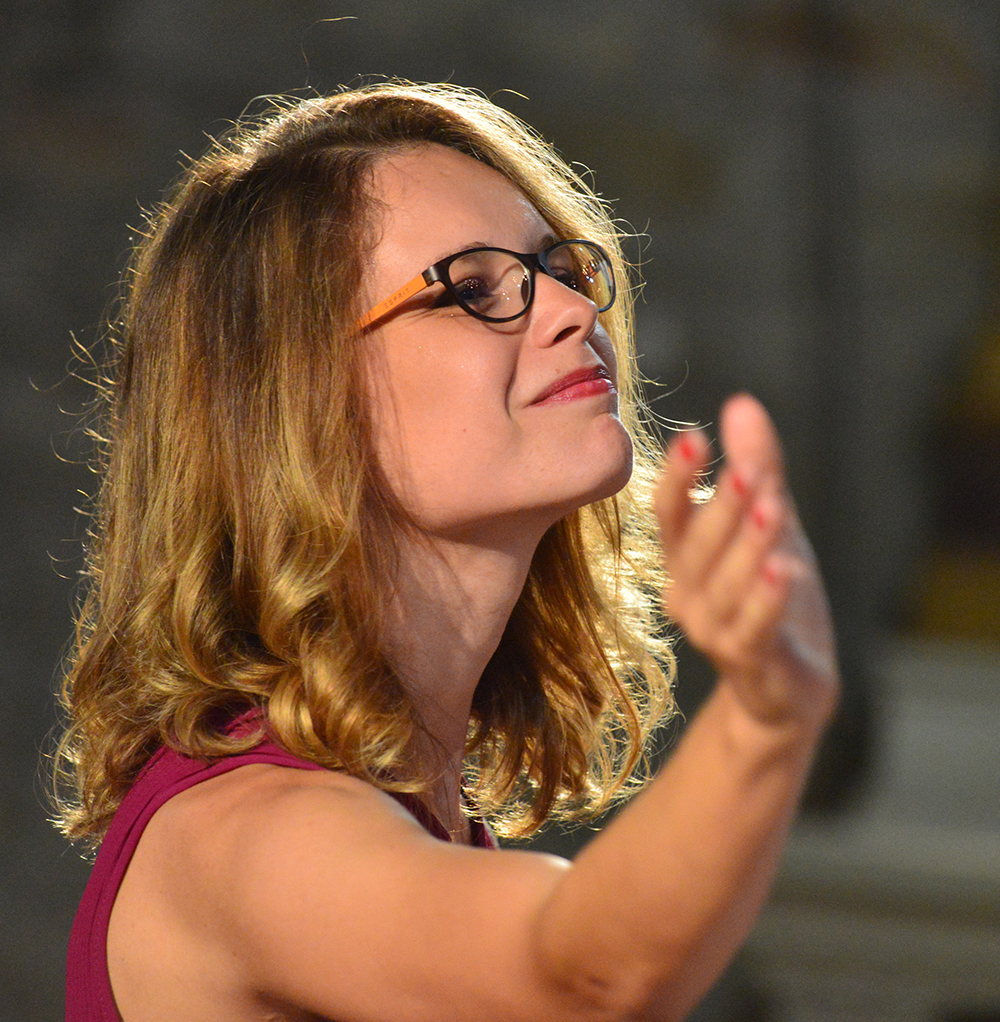 Benedetta Nofri graduated in Choir conduction from the “F.A.Bonporti” Conservatory in Trento and then she specialized in Liturgic composition; she also graduated in Pedagogical Science from the University of Florence by combining research and practice in music education during her academic degrees. She has conducted several choral ensembles (Lux harmonica ensemble, Piccole Note children choir, Vox cordis male choir, …); with these choirs she has obtained several prizes at national and international competitions. From 2016 to 2019 she has been conducting the Tuscan Regional Youth Choir and won the second and third prize in the 2018 International May Choir Competition in Varna, Bulgaria. She has also conducted several ateliers at the “Festival di Primavera”, which takes place in Montecatini: this festival holds ateliers for school choirs. As a composer, she won two selections for new compositions for children choirs, organized by Feniarco for the edition of “Girogirocanto” magazine. She is a masterclass teacher for choir conductors and school music teachers in Italy and she is often part of juries in both choral and composition national contests. She was selected as a member of the Artistic Commission of Feniarco (Italian National Federation of Regional Choral Associations) in 2020. 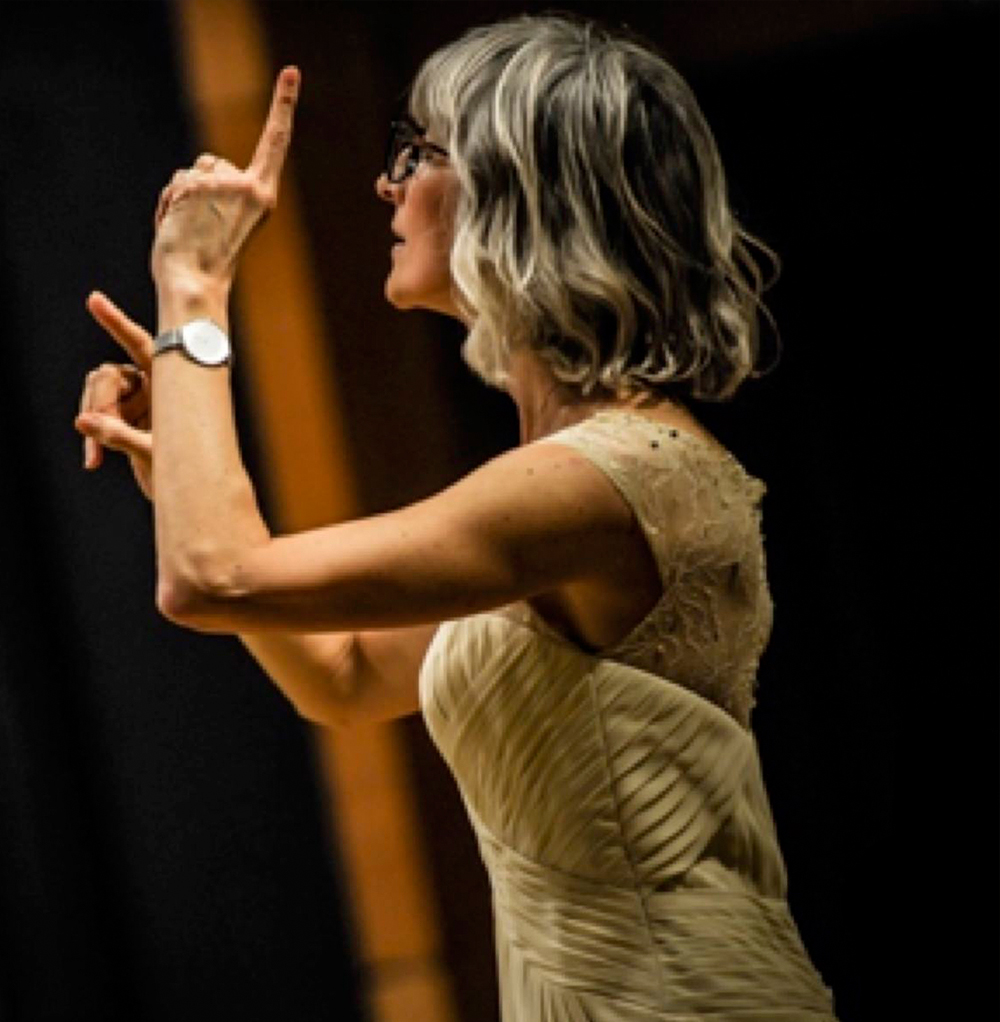 Cinzia Zanon graduated in choral music and choral conducting under the guidance of Maestro Bruno Coltro. During his training, she followed specialization courses with internationally renowned teachers. The desire to convey the passion, the enthusiasm for singing and music in general, together with the conviction of the great educational value of making a choir, even for the little children, led her to specialize in music didactic branch, attending internships throughout Italy and then leading courses for children, teachers and choir directors. She is a member of commissions and juries in national and international competitions. Director of several choirs (female, mixed, children choirs) and instrumental ensembles, she has toured in America, Canada, Argentina, Brazil, Japan, Australia, the Philippines, China and in many countries of the European Union. From 2007 to 2015 she was a member of the Regional Artistic Commission of the ASAC and from 2014 to 2017 of the National Committee of FENIARCO. She is the creator and artistic director of national and international events such as Primavera Musicale – Incontri Corali Internazionali, Canticoro – Musica corale a Bassano, Poesia in Canto, Meeting nazionale per cori di voci bianche e giovanili a Bassano del Grappa. Among the most important awards we recall that she was awarded the special prize for conducting by the jury in 1999 at the International Choral Competition in Riva del Garda, the best director award in 2016 at the International Competition and in 2017 at the National Il Garda in Coro di Malcesine. 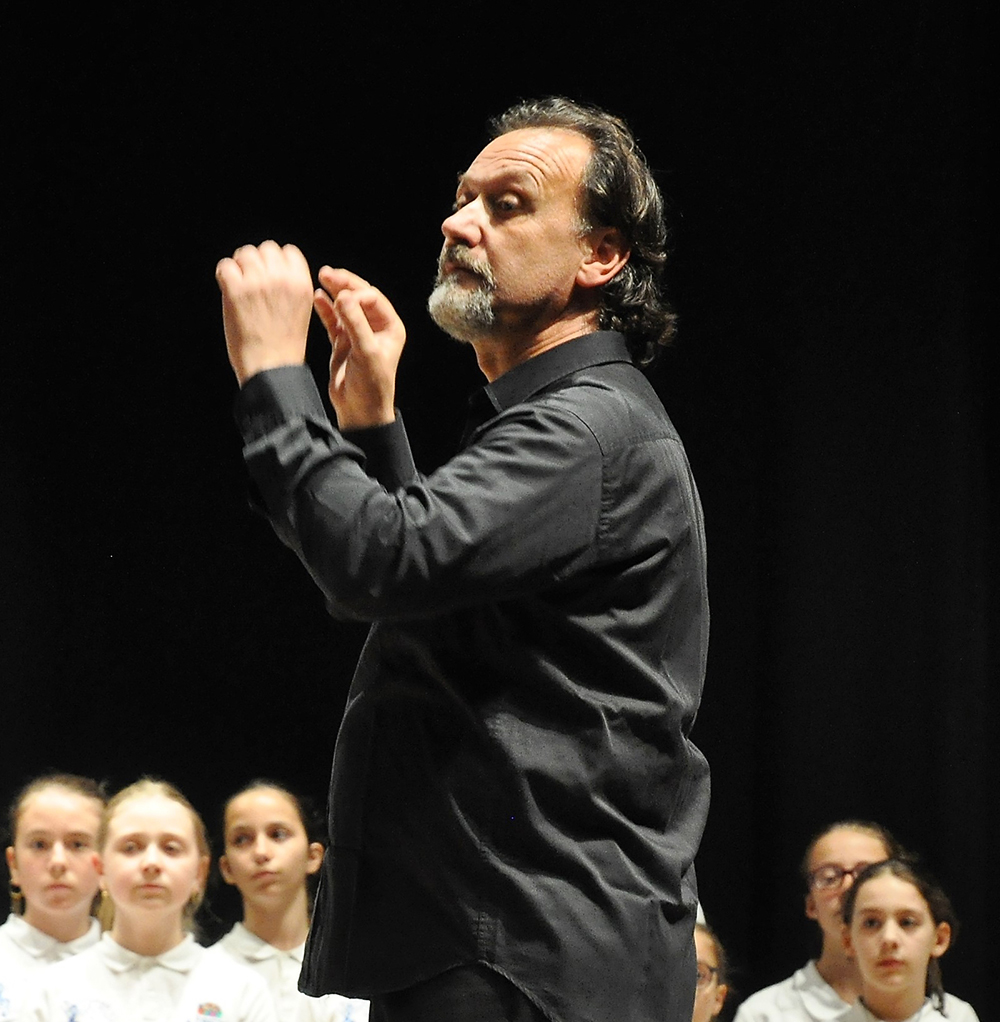 Fabio Pecci studied violoncello at Ravenna’s “G. Verdi” Music School graduating with brilliant results. As a cellist his busy concert activity has led him to perform in theatres and concert halls in Italy and abroad. He has been awarded prizes in many competitions and has recorded seven CDs for Tactus, Bongiovanni and other labels. He founded and directs “Le Allegre Note” treble voice choir and “Note in Crescendo” youth choir, with which he has also performed in prestigious theatres. With these two choirs he has over 500 performances, audio and television recordings to his credit. With them he also recorded three albums which include his own choral arrangements. With Note in Crescendo he has held concerts in Germany, France, Switzerland, Poland, Sweden and in Czech Republic. With Le Allegre Note he also took part in the production of ‘Te Deum’ by H. Berlioz, held in Bologna in October 2008, under the direction of Claudio Abbado. He was responsible for the treble voices in the production of ‘Carmen’by G. Bizet and “Tosca” and Bohème by Puccini, in many theatres, as well as for ‘Carmina Burana’ by C. Orff, with the soloists of the Academy of Santa Cecilia in Rome. He is an enthusiast of children’s vocalism and directs 5 children and youth choirs. As a choir director, he has received awards and gained recognition in many National and International Competitions, with eigth first prizes. Since 2013, he is a member of the Artistic Committee of AERCO  – The Regional Choirs Association. He was a teacher at the “Spring Festival” by FENIARCO in Montecatini 2016 and 2017 and as conductor of the youth choir “Note In Crescendo” he represented the Emilia Romagna region at the National Choral Festival at ‘EXPO Milano 2015’.  He is the Artistic Director of the “City of Riccione” Choral Competition and member of the Jury in many Choral Competitions. 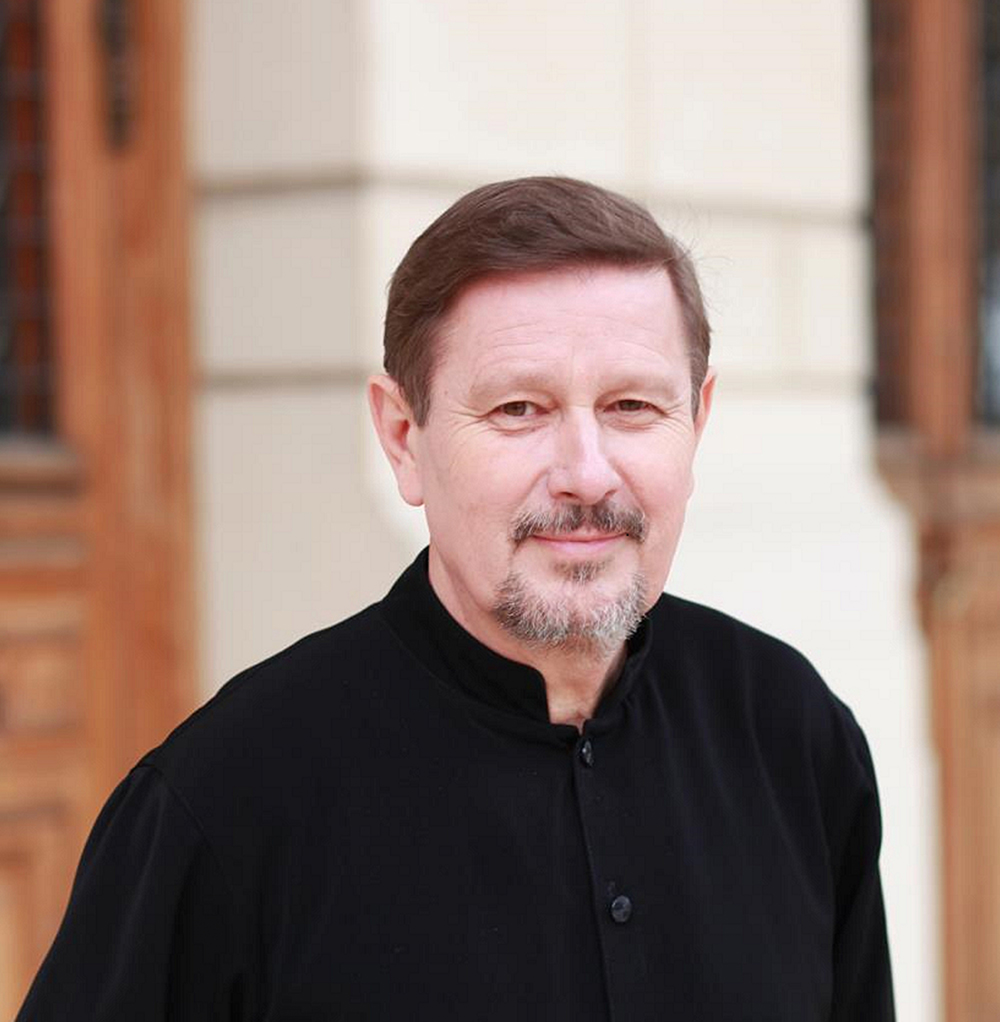 Voicu Popescu, a graduate of the National University of Music in Bucharest, Romania, began his professional career as a member of the “Madrigal” National Chamber Choir and, later on, collaborated with it as choir master. In 1994 he founded the SOUND Choir, as well as the SOUND Cultural Foundation which enabled him to organise concert tours, festivals, and choral symposia and master classes. Between 1988 and 2004 he worked as assistant conductor of the Romanian Radio Children’s Choir, and from 2004 until 2018 he was the choir’s principal conductor. He made special recordings for the Romanian Radio’s Sound Archives and took part in vocal-symphonic concerts and many a cappella projects. His over 60 participations in artistic tours, festivals and international competitions (in Europe, USA, Canada and Japan) have earned him numerous medals and prizes, along with professional recognition from specialised critics. He has written articles, held choral art classes and been invited to be part of juries in national and international choral competitions. He has conducted choral workshops organised in various cultural centres by the following associations: Cantascuola (Turin), Cantica Nova (Milazzo), ARS Cori (Sicily), I Piccoli Cantori (Barcellona P.G.), AERCO (Emilia-Romagna), The Union of Moldavian Musician (Kishinev) COREARTE (Barcelona, Medellin, Rio de la Plata), and SODRE (Montevideo). He is mentioned in the following volumes: “The Madrigal Constellation” by Iosif Sava, “Madrigal or the Magic of Sounds” by Grigore Constantinescu, “The Spring of Music” by Grigore Constantinescu, “The Contemporary Who’s Who”, “Encyclopaedia of Romanian Personalities”, “20 Years of SOUND” by Dana-Irina Stanculea, and “Overview of Choral Conducting Art and Technique in Romanian Music” by Mariana Popescu.